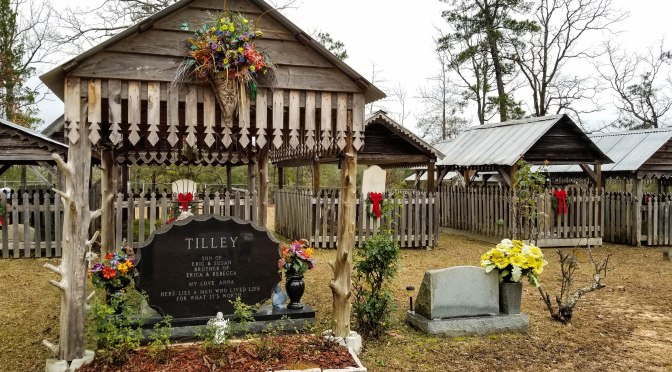 Talbert-Pierson Cemetery located in the Cravens Community is a historic cemetery with grave houses (also know as grave shelters) as is part of the Myths & Legends Byway in Vernon Parish. The cemetery was placed on the National Register of Historic Places in 2003.

The historic marker at the cemetery reads:

Established by members of the Talbert and Pierson families, pioneers who first settled in the area in the 1860’s. Thirteen graves are covered with unique grave houses. The origins of grave houses are uncertain – some tracing the beginnings to European or Native American roots. Other sources simply attribute the custom to a form of protecting the graves before cemeteries were commonly fenced. Grave houses were a part of the Upland South tradition; the custom also included decorating the graves with shells. Tradition demanded that the grave house was to be built before sunset on the day of burial. Talbert-Pierson Cemetery was listed on the National Register of Historic Places in 2003. Adjacent tot he cemetery is Pine Grove Methodist Church established on April 10, 1887 as part of the Sugartown circuit. The first church was located approximately one mile from the present church, which was built in 1921.
– Erected by the Vernon Parish Tourism Commission and the Vernon Parish Police Jury, 2003. 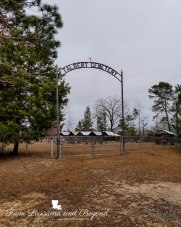 Talbert-Pierson Cemetery on Find A Grave

Allen was one Pershing’s One Hundred Heroes – soldiers who performed acts of heroism during WWI.  Allen and two companions were injured by an exploding shell and, despite his injuries, Allen carried the two wounded soldiers to safety amid heavy enemy gunfire.

After the war, Allen returned to Leesville, Louisiana where he worked as a Louisiana State Trooper in Vernon Parish.  His final resting place is in the Ferguson-Dennis Cemetery (known locally as the Leesville Cemetery) – there is a walkway named in his honor that leads to his grave.

The Ferguson-Dennis Cemetery (know locally as the Leesville Cemetery) is located off of Louisiana Highway 171 North, just before the 171 roundabout and dates to the early 1900s.

The cemetery, still in use today, is prominently located on the north side of Leesville.  While some of the graves show signs of decay and neglect, the cemetery still maintains much of its beauty – there are large trees that shade many of the older family plots.

The cemetery is the home to the final resting place of Sergeant Abe Allen – on the General Pershing’s One Hundred Heroes of WWI. 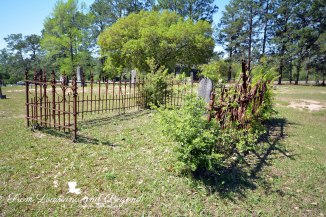 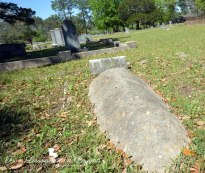 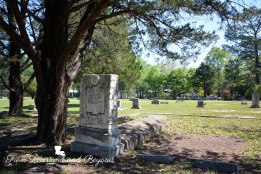 A nearby historic marker reads: 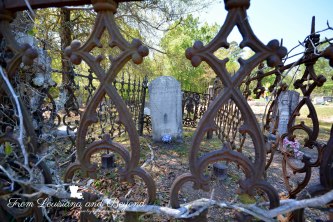 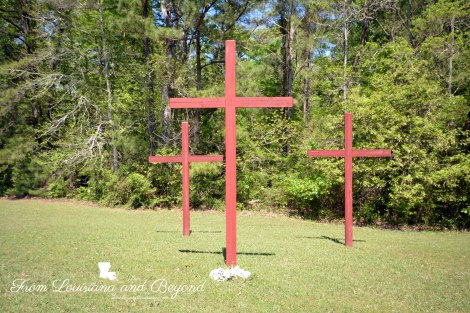 Wreaths Across America is an annual event that takes place across America every December and endeavors to teach the “importance of remembering our fallen heroes, honoring those who serve, and teaching our children about the sacrifices made by veterans and their families to preserve our freedoms.”   Wreaths are laid by families and volunteers on graves at Veterans Cemeteries across the nation (and beyond).

In Vernon Parish, this event took place at the Central Louisiana Veterans Cemetery, located at 3348 University Parkway, on December 12, 2015.  After a brief ceremony and moment of silence, families and local volunteers laid wreaths on all the graves in the cemetery.